The greatest show on earth!

At the heart of the Serengeti ecosystem lies an ancient phenomenon that is the largest movement of wildlife on earth. In pursuit of food and water, over one and a half million wildebeest and half a million zebra and antelope migrate north from the Serengeti to the adjoining Masai Mara reserve in Kenya every year.

Vast herds of wildebeest spend the rainy season in the volcanic open plains below the Ngorongoro Crater and in the Southern Serengeti where the grass growth is most productive with a high nutrient content. This area is the starting point for one of the great wonders of the world: the Serengeti annual wildebeest migration.

As the sea of grass provides little cover and the young are easy pickings for a variety of predators, wildebeest have therefore evolved synchronized birthing, which means, about 90% of calves are born within a three-week period. With such a sudden and massive surge of available food, predators do not make any significant dent in the newborn calf population. Wildebeest calves can run minutes after they are born. Within three days the calves are strong enough to keep up with the herd.

Wildebeest migration – April to May

As the grass is depleted in the Southern Serengeti the herds move to the plains and woodlands of the Serengeti’s Western Corridor. For the migrants there is a high mortality rate due to injury and perhaps fatigue, so large numbers of griffon vultures follow the herds on their journey. Northwest from the short grass plains is the Grumeti River. This watercourse is their first real obstacle and gigantic Nile crocodiles (growing up to 6 meters in length) are waiting for the hesitant wildebeest to stumble at the crossing. Their livelyhood are inextricably linked with the great migration. Moving with surprising stealth and speed, they prey upon the thirsty herds as they drink from and cross the river.

Following the rainfalls, the wildebeest migration moves north before crossing the Kenyan border into the Masai Mara. Nothing stops the stampeding hordes. Here again, they must cross a river, this time the Mara with its flotillas of hungry crocodiles. All is far from peaceful, for it is the rutting season and each male tries to establish a stamping ground. After moving westwards, the migration divides by some uncanny instinct, one group turning northeast and the other due north.

The mass of grunting wildebeests remain on the productive Mara grasslands until October or November during a time when the rest of the ecosystem is simply too dry to support them. And then, as the storm clouds gather in the south, the vast herds return to their breeding grounds, which, by the time they arrive, are once again green and lush.

The mass of grunting wildebeests remain on the productive Mara grasslands until October or November during a time when the rest of the ecosystem is simply too dry to support them. And then, as the storm 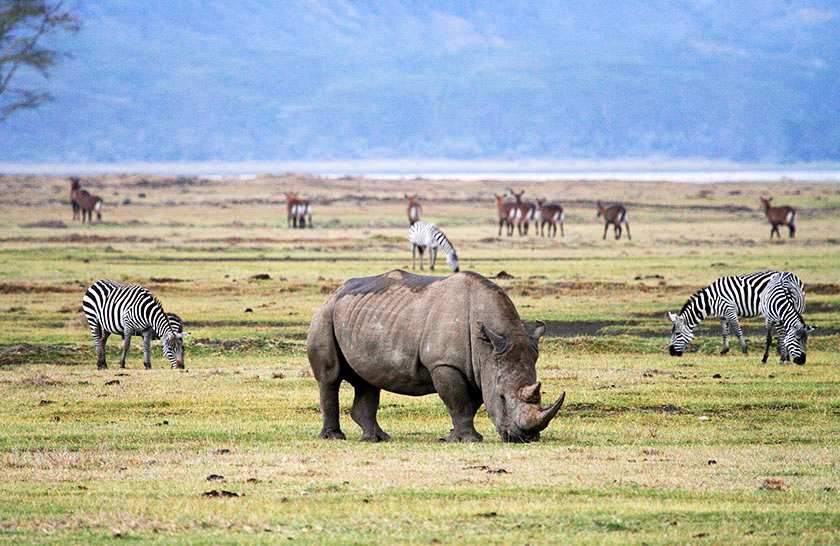 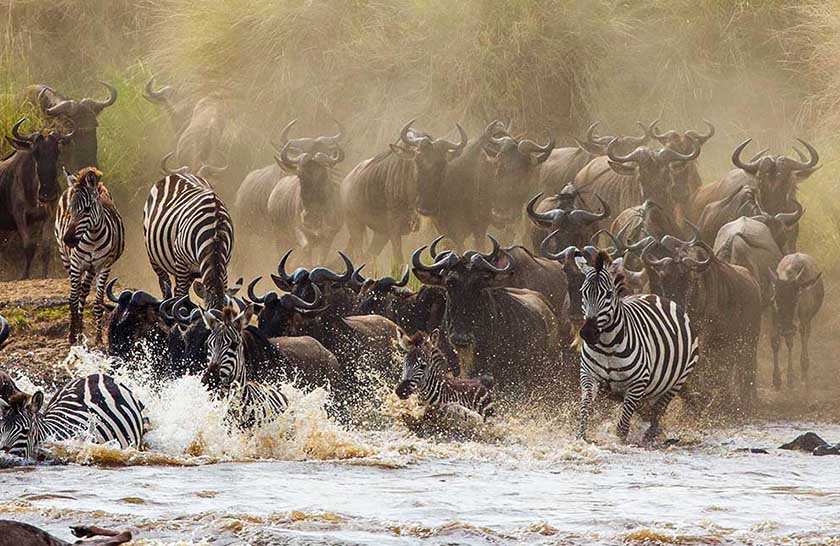 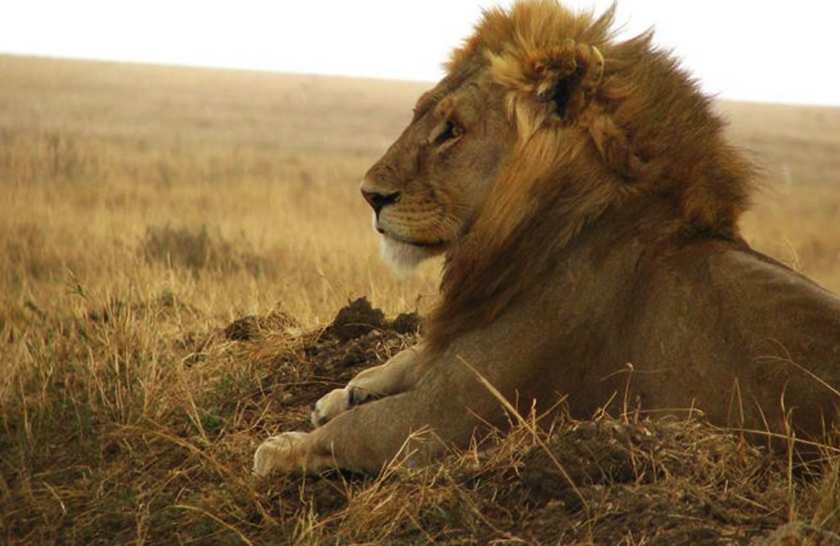 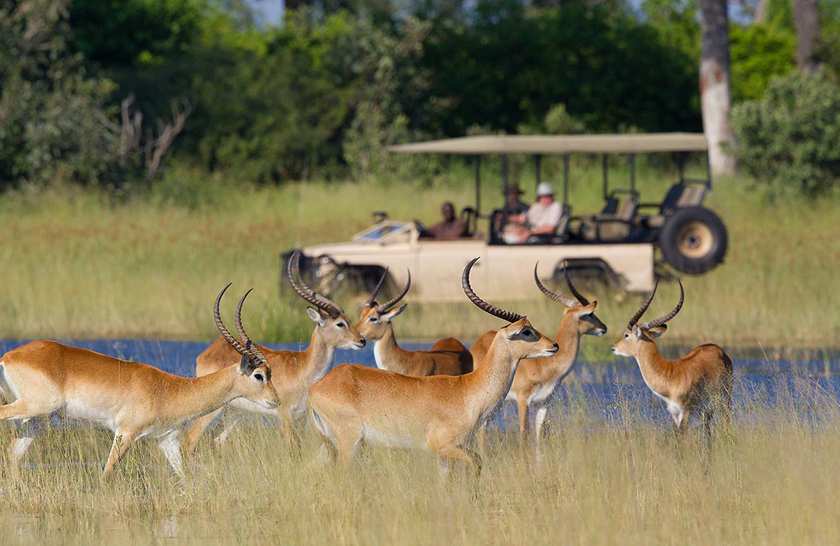 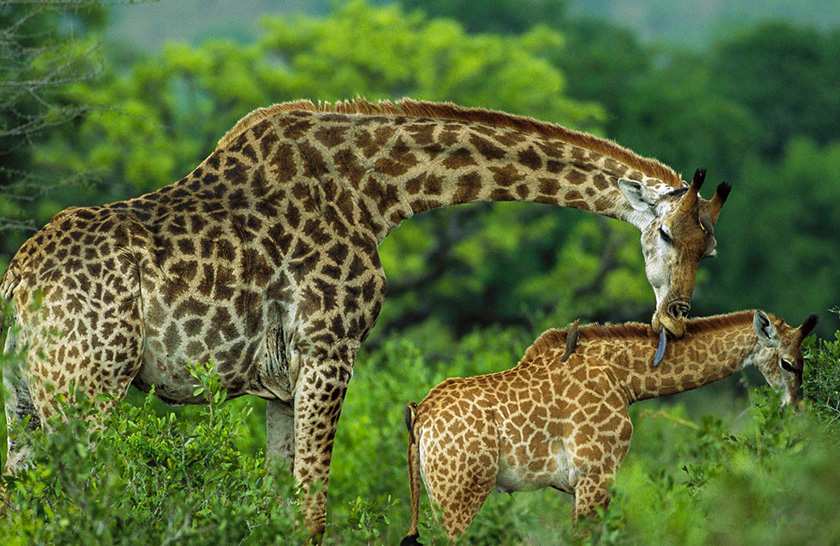 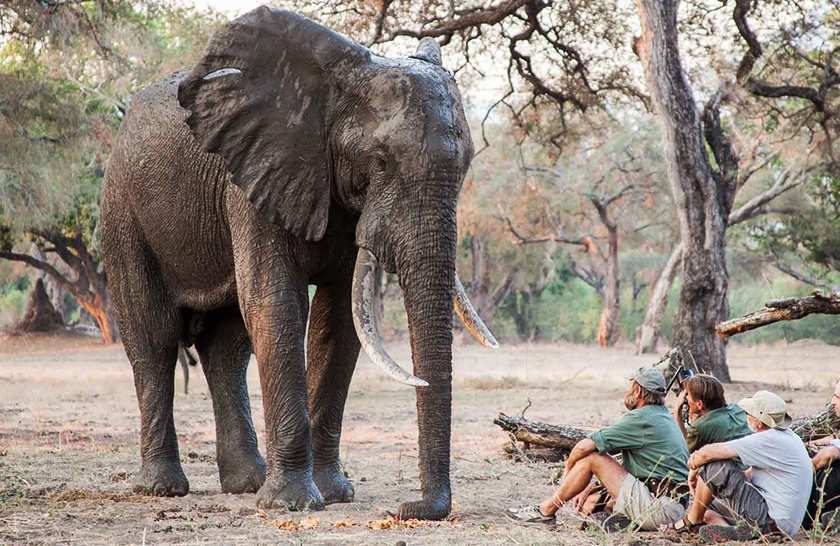 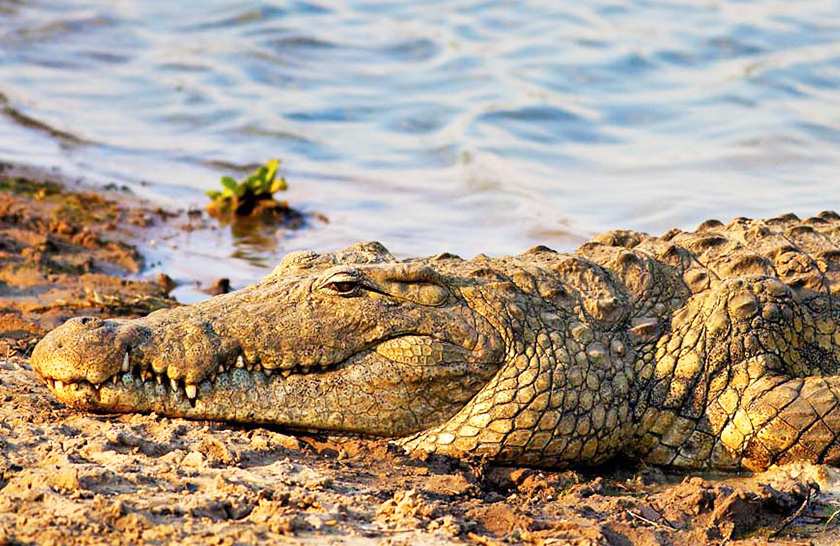 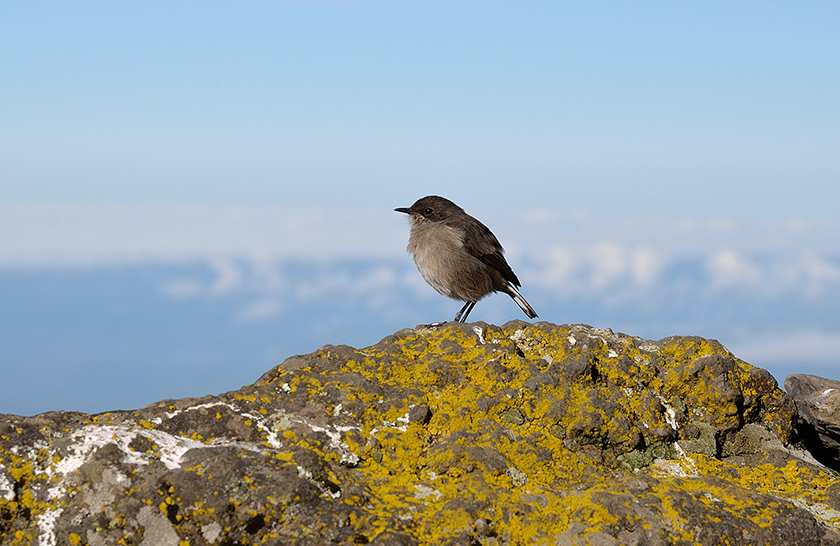